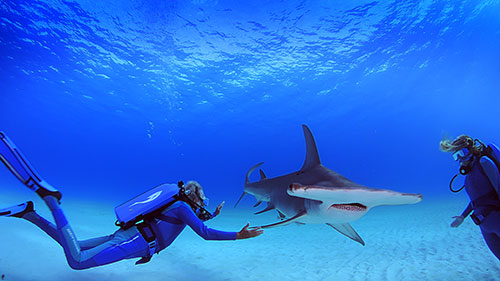 “How inappropriate to call this planet Earth,” opined Arthur C. Clarke, “when it is quite clearly ocean.” For 18 years, the International Ocean Film Festival has been bringing back the focus to the 75% of our habitat that is indeed, water. David Perry & Associates, Inc. is proud to represent the “the Sundance of Ocean Film Festivals” — Saving Our Oceans: One Film at a Time: http://intloceanfilmfest.org/.

Since its launch in 2004, the San Francisco-based International Ocean Film Festival has attracted thousands of spectators of all ages from around the world, including film enthusiasts, sea athletes, educators, and environmental supporters. The Festival has presented over 50 films from 15 different countries and featured post-film Q&A sessions with visiting filmmakers, special panel discussions with content experts, and the Annual Free Student Education Program. It was the first event of its kind in North America, inspired by the well-established ocean festival in Toulon, France, which has continued to draw large audiences for more than 40 years.

The mission of the International Ocean Film Festival is to inspire people to appreciate and care for the ocean by revealing its wonders through independent film. The Festival is now recognized as the premier venue in North America for ocean-related films. Its work is made possible by the spirit, passion, and hard work of numerous volunteers and artists dedicated to using film as a medium to increase public awareness of the environmental, social, and cultural importance of marine ecosystems and foster a spirit of ocean stewardship.

The International Ocean Film Festival is a registered 501(c) 3 non-profit.